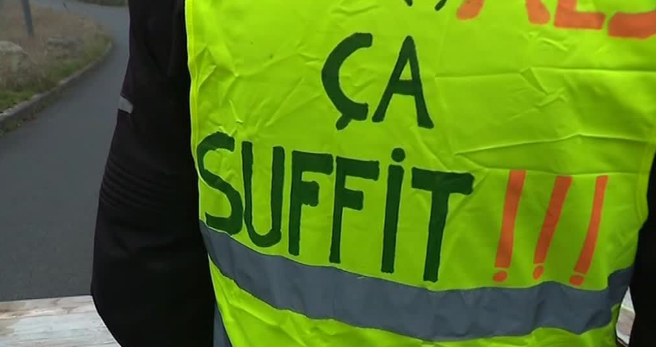 In 2019, CETIM spoke several times during the plenary session of the Human Rights Council. In particular, to denounce the crackdown on yellow vests and to call on the Nigerian and Dutch authorities to honour their international commitments on human rights and labour rights.

In its statement, CETIM asked the French government to immediately put a stop to the repression against demonstrators. They also asked it to honour their international commitments on human rights and labour law.

The “yellow vests” movement is facing the worst flare-up of police violence since the war in Algeria. For example, on December 1, 2018, 7,940 tear gas grenades, 800 sting-ball grenades, 339 GLI-F4-type grenades (explosive ordnance), 776 flash-ball cartridges, etc were fired. According to provisional figures, there were more than a dozen accidental deaths, several thousand wounded, a hundred of which are seriously injured, several hundred people sentenced and/or incarcerated.

The yellow vests movement is the result of previous mobilizations and strikes that are spreading across virtually all sectors (public and private) to protest against the increased flexibility of the labour market. The response of the French authorities is the repression and obstruction of trade union activities. Salary discrimination against trade unionists, unfair dismissal of strikers, pressure under threats or disciplinary sanctions, restrictions on trade union rights or the right to strike, even the criminalization of trade union action … Not to mention the recent government reforms of the Labour Code which penalize the social movements even more.

CETIM called on the Nigerian and Dutch authorities to honour their international commitments on human rights and labour rights. Shell is one of the largest energy companies in the world. Based in the Netherlands, it is listed on the stock market. Civil society organizations have long criticized this corporation for its impact on local communities and the environment, and trade unions around the world blame it for violations of workers’ rights. This transnational company is subject to increased scrutiny by regulators in several countries regarding its business relationships and corporate governance practices, as well as a global campaign led by unions to force it to respect labour rights. Shell’s history in Nigeria is marked by corruption, the destruction of the environment and the association with human rights atrocities.

You can check the text of the statements in extenso here