Apartheid in Israel/Palestine: UN Special Rapporteur calls on the Israeli government to end its occupation of Palestinian territories 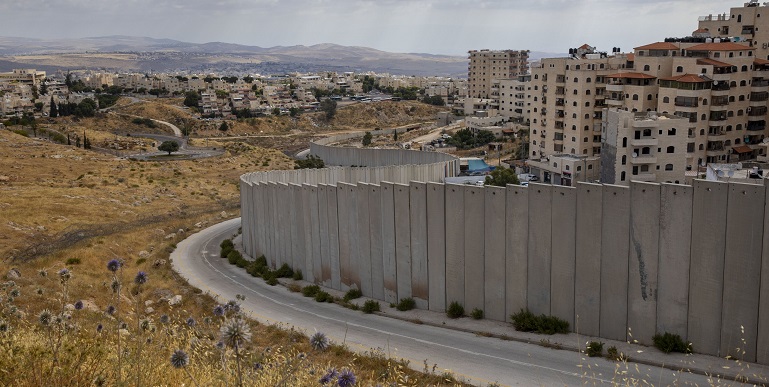 In his latest report, Mr. S. Michael Lynk, UN Special Rapporteur on the situation in the Occupied Palestinian Territories, concludes that the State of Israel is practicing an apartheid regime toward the Palestinians.

On Friday, March 25, 2022, during the 49th session of the Human Rights Council, an interactive dialogue took place with the UN Special Rapporteur. The report of Mr. S. Michael Lynk begins by recalling that the State of Israel has been exercising a permanent occupation of the Palestinian territories (West Bank, East Jerusalem, and Gaza Strip) and their populations for 55 years. The conclusions are alarming: in recent years, the human rights situation of Palestinians in these areas has deteriorated further. Indeed, to maintain its occupation, the Israeli government employs constant violence with arbitrary use of physical force against Palestinians on a daily basis. Israeli settlers regularly invade Palestinian villages, often with the support of Israeli security forces. Settler’s brutality takes many forms: physical violence, live ammunition, destruction of property, trees, and crops, intimidation… In addition, the Israeli authorities continue to take measures against Palestinian civil society organizations, which contributes to undermining the work of organizations promoting and supporting human rights.

Towards this discrimination of the Palestinian population, many political observers have denounced the shift from a situation of occupation, already conducted in defiance of international law, to a regime of apartheid assumed by the Israeli government. The Special Rapporteur’s report tends to corroborate these denunciations from a legal point of view. In this sense, the prohibition of apartheid is established by customary and conventional international law. The prohibition is even a peremptory norm of international law, from which no derogation is permitted and which obliges States to cooperate to end any violation of it.

Building on the legal foundations of the Apartheid Convention and the Rome Statute, the Special Rapporteur proposes the construction of a definition of the “crime against humanity of apartheid”, consisting of three cumulative criteria:

1) There is an institutionalized regime of systematic racial oppression and discrimination;

2) This regime must have been established to maintain the domination of one racial group over another;

3) Inhumane acts committed as an integral part of the regime must be alleged.2

Thus, to determine whether an apartheid regime has been established in the occupied Palestinian territories, the three conditions listed above must be met.

First, concerning the criterion of an institutionalized and systematic regime of oppression and racial discrimination, the Special Rapporteur notes that Israeli settlers in the West Bank have access to the same economic and social rights (entitlements and access to water, electricity, and other facilities) as Israelis, while the 2.7 million Palestinians in the West Bank enjoy none of these rights, protections, and privileges. Moreover, Israel imposes an oppressive military system in the West Bank that applies to Palestinians, but not to Israeli settlers.

One of the central strategies of Israeli domination is based on the fragmentation of the Palestinian territory into separate areas. Thus, the territories of Gaza, the West Bank, and East Jerusalem are separated from each other. This fragmentation is imposed geographically and materially by Israel through the construction of walls, check-points, barricades, military closure zones, roads reserved for Palestinians, and others reserved for Israelis. In addition, Israel keeps a close eye on Palestinian society through advanced cyber-surveillance and its total control over the population registry. What’s more, the property rights of Palestinians are also being violated: according to Peace Now’s 2018 annual report, the allocation of 99.76% of lands has been reserved for the exclusive use of Israeli settlements.3

Second, the criterion of maintaining the dominance of one racial group over another is justified in part by the enactment of the Basic Law by the Israeli Knesset in 20184. This law institutes inequality and racial-national discrimination by distinguishing the rights of Jewish Israeli settlers from those of Palestinians and other non-Jewish citizens of Israel.

Finally, the imposition of this system of institutionalized discrimination has been supported by the regular practice of inhumane acts. These acts include violations of the rights to life and liberty, denial of full participation in all functions of society, measures that divide the population along racial lines, exploitation of the labor of a racial group, or the use of torture. The repetition of these acts over long periods and their approval by the Knesset and the Israeli judicial system indicate that they are not the result of random and isolated acts, but are an integral part of the Israeli system of government.

Thus, by applying the three-step test, the Special Rapporteur concluded that the system of government in the occupied Palestinian territories meets the prevailing standard proving the existence of apartheid.

In that sense, he urges that the Israeli government comply with its obligations under international law and fully and unconditionally end its occupation of the Palestinian Territory, ensuring an end to all discriminatory laws, practices, and policies that privilege Jewish Israelis living in the occupied territories and subjugate Palestinian Arabs. The Special Rapporteur also calls on the international community to accept and adopt the findings, supported by human rights organizations, that Israel practices apartheid against Palestinians.

Finally, he recommends that the UN re-establish the Special Committee against Apartheid to investigate all practices of systematic discrimination and oppression alleged to constitute apartheid anywhere in the world, including the occupied Palestinian territories.

To further analyze the question of apartheid in Israel:

– CETIM participates in the Swiss campaign and declaration “Apartheid Free Zone.” In the latter, different spaces and associations declare themselves as Israeli Apartheid Free Zones, refusing to collaborate with the apartheid regime established by the Israeli government on the Palestinian people (refugees, living in Israel or the occupied Palestinian territories) and calling for the struggle against everything that contributes to the maintenance of the apartheid regime.

– CETIM’s article on the violations of the right to water in Palestine: https://www.cetim.ch/29549-2/

– CETIM’s statement on the apartheid regime in Israel/Palestine: https://www.cetim.ch/declaration-cetim-situation-droits-de-lhomme-palestine/

– CETIM’s statement on the repression and violations of human rights in Palestine: https://www.cetim.ch/repression-et-violations-des-droits-humains-en-palestine/

– The Housing and Land Rights Network – Habitat International Coalition presents on its website a bibliography as complete as possible of writings on the system of institutionalized and materialized discrimination (apartheid) against the Palestinian people imposed by the State of Israel. This bibliography is divided into two sections: (1) comprehensive books on the subject and (2) other publications: articles, reports, pamphlets, and relevant chapters in books on more general and inclusive topics. To view the bibliography: https://www.google.com/url?sa=t&rct=j&q=&esrc=s&source=web&cd=&ved=2ahUKEwic1OGomOn2AhWkM-wKHTLMDsU4ChAWegQIAhAB&url=http%3A%2F%2Fwww.hlrn.org%2Fimg%2Fdocuments%2FApartheid_bibliography.pdf&usg=AOvVaw2gPB1hKxyj0ogcQ8EAvcYE

2 A/HRC/49/25, Human rights situation in the Occupied Palestinian Territory, including East Jerusalem, and the obligation to ensure accountability and justice – Report of the United Nations High Commissioner for Human Rights, paragraph 35.

3 The legal basis of the Israeli land policy is composed of 4 texts:

– The Basic Law establishing the Land Administration of Israel (1960)

These texts stipulate that land belonging to the State of Israel will remain its property and will not be sold or given to anyone, but authorize the Knesset to override this prohibition on privatization by legislation. In other words, since Israel exercises de facto control over the Palestinian territories, the laws governing the territory of Israel also apply to the occupied Palestinian territories, to the detriment of the property rights of the Palestinian population.