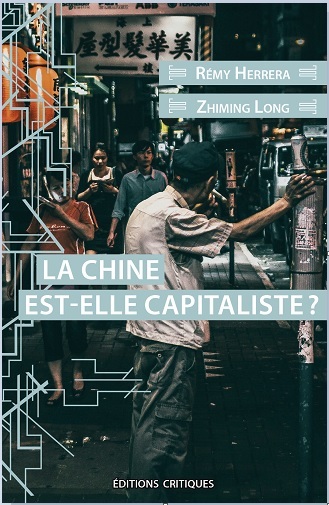 By Rémy Herrera and Zhiming Long

Is China a capitalist country? This question is the title of a new release by French and Chinese economists.

Is this title deliberately provocative? It is, but at the same time it overlaps with an increasingly common opinion: even though China was “communist”, it might now be “capitalist”. Furthermore, it is probably due to this recent transformation that the country underwent such a huge development and was able to earn the title of “the world’s leading economy” .

According to the authors, however, this is not the case. Spanning many decades, China’s quite remarkable economic and social advancements are a result of methodical strategies, implemented as early as, or even before, the 1949 Revolution in areas already under the control of the CCP and the Red Army.

To demonstrate this, the authors rely not only on the country’s long history but also on a thorough analysis of both Chinese and international existing economic statistics. A meticulous work that took years to carry out also conveyed through clear graphs.

Interview in French with Rémy Herrera on the book

One of his lectures in French on China