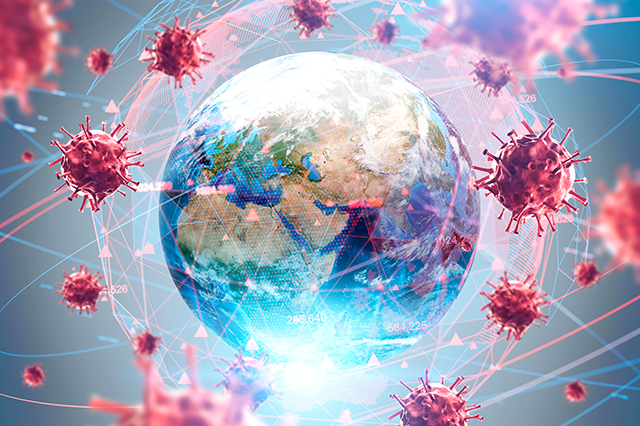 The containment measures have shown – if it was not already obvious – just how important it is to observe and effectively implement all human rights (civil, political, economic, social and cultural), even as it has brought to light numerous violations of those rights.

The lockdown shows yet again that economic, social and cultural rights  – such as the right to food, the right to health, the right to housing, the right to work and the right to education – are as crucial as civil and political rights[1]. Let us not forget that the authorities keep insisting that the purpose of confinement and health barrier measures (physical distancing, hand washing, etc.)  is to protect the right to life of each of us; they are thus an expression of the value society places on human life.  What then of persons belonging to socially excluded groups, who are at particular risk of infection, such as those who live cheek by jowl in shanty towns with no running water?  Where is the effective protection of these people’s right to life when health measures are materially impossible for them to implement because their social rights have already been violated – no housing, no work, no food, no access to drinking water?   To take an example from Geneva, does a State really meet its human rights obligations when its police officers step in to halt the distribution of food to hundreds of people in need?  Is it acceptable that in rich countries there are tens of millions of people in need?  Is it tolerable that, in this day and age, the needs of almost half of humanity – food, water, adequate housing, decent work, education  – are to a greater or lesser extent unsatisfied?

These examples remind us that the violation of one human right can jeopardise the enjoyment of all the others.  Thus the denial in law or in fact of the right to housing triggers a slew of dramatic consequences and gives rise to multiple violations of human rights in the areas of employment, education, health, social relationships and participation in decision-making (no right to vote, for example).

By virtue of their international undertakings, States have an obligation to protect, promote and give effect to all human rights for all groups under their jurisdiction, and first and foremost the most vulnerable, such as children, older people, refugees, migrants and persons with disabilities.  They must also refrain from violating the human rights of groups in other States’ jurisdictions by measures such as food or medical embargoes.  In addition, States that have the means must show solidarity with States that for some reason (natural disaster, epidemic, lack of resources or technical capacity, etc.)  are not in a position to guarantee the enjoyment of human rights to their populations.

Yet in practice we see massive violations of human rights on all continents. Some States believe the economy must keep going at all costs, no matter what the social utility of any given industry in an emergency situation and regardless of the risks to workers and public health, while at the same time they are unable to provide the population with medical or food products. In addition, most countries have no health care network worthy of the name, even in the West.

How did we get to this point?  The situation has its roots in the economic and political choices that have been made, whether willingly or under pressure, over the last few decades.  These decisions shut the State out of the economic arena and cut budget resources to the public sector, in particular in the field of health.  The role of States has been, to a greater or lesser extent, confined to security issues and the repression of their own people as they demand social justice and protest against the destruction of their living environment.

Many of the States around the world that were subjected to so-called structural adjustment programs or similar measures have witnessed the destruction of public services, such as education, health, water and transport, and of their peasantry (through, for example, abolition of aid to family farmers and liberalisation of the food market) – all of which are essential to the population’s enjoyment of human rights without discrimination – and the privatisation of those sectors.  In addition, such countries have often been compelled to abandon price and exchange controls and promote the free movement of capital.  Beginning in the 1970s, when they were imposed on indebted countries in the South, structural adjustment programs (or similar measures by other names) have since been extended to countries in the North, in the form of, for example, the stringent austerity measures imposed on Greece by the European Troika (European Commission, European Central Bank and International Monetary Fund) after the 2007-2008 financial crisis.  As well as destroying public services and peasant farming, these programs have had other consequences such as increased poverty and financial insecurity, and greater inequality between and within countries.

By submitting to structural adjustment programs, whether willingly or under duress, States (and we are talking about the majority of the Member States of the United Nations) relinquished not only their own – and therefore their peoples’ – sovereignty but also any possibility of guaranteeing the enjoyment of all human rights to all populations under their jurisdiction.

[1] This was also why the Member States of the United Nations unanimously adopted a solemn declaration at the World Conference on Human Rights held in Vienna in June 1993, stating that “All human rights are universal, indivisible and interdependent and interrelated”, placing all rights on the same footing and creating no hierarchy of rights.