A formal complaint was submitted to the International Criminal Court (ICC) in The Hague against Chevron's CEO by the victims of the activities of this transnational corporation in Ecuador. In 26 years of oil drilling in the Amazon region of Ecuador, Chevron (formerly Texaco) polluted more than 450,000 hectares of one of the planet's richest biodiversity regions, destroying the living and subsistence of its inhabitants. After 21 years of litigation, and despite a ruling by the Ecuadorian courts, impunity continues for Chevron, and the victims of its activities in Ecuador are still waiting for justice and compensation. 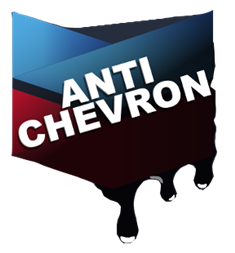 The letter submitted on behalf of the victims charges that the crimes comitted by Chevron in Ecuador constitute a "crime against humanity" that within the jurisdiction of the ICC. It specifically requests the ICC to investigate the conduct of Chevron's CEO, and any other corporate officer of the said company, in attempting to avoid the enforcement of the judgement of the Ecuadorian Courts.

The CETIM is supporting the organization representing the victims of Chevron in Ecuador (the Unión de Afectados por las Operaciones de la Petrolera Texaco Chevron en Ecuador – UDAPT) in its efforts to get the intervention of the UN human rights protection mechanisms. We therefore welcome this new step taken by the victims at the ICC and hope it will contribute to finally end impunity of Chevron for the crimes committed in Ecuador.

Read the formal complaint submitted to the ICC here