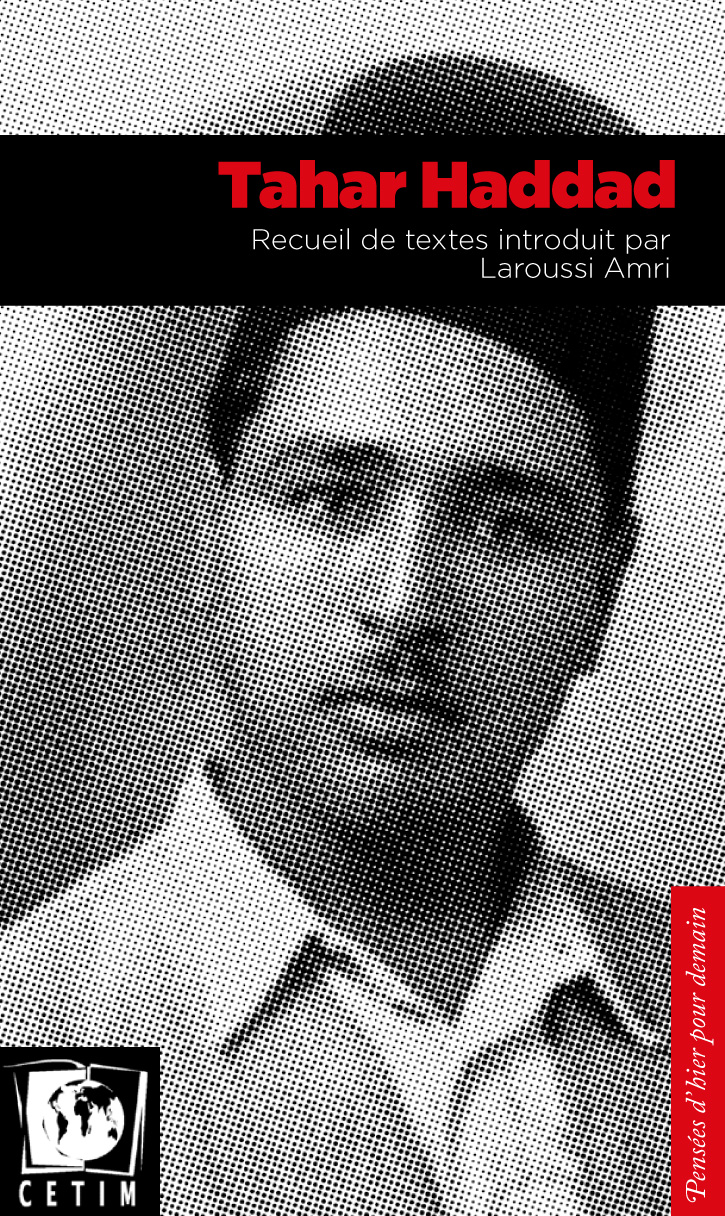 A compilation of texts introduced by Laroussi Amri in the CETIM Collection “Pensées d’hier pour aujourd’hui”.

Born on 4 December 1899 and deceased on 7 December 1935, Tahar Haddad was a leading Tunisian thinker, trade unionist and political figure. As a long-time trade union activist, he founded the Economic Cooperation Association with Mohamed Ali El Hammi and other trade union members in 1924. They also established the General Confederation of Tunisian Workers. In his book “Les travailleurs tunisiens”, from which some excerpts have been reproduced in this booklet, he outlines some of the struggles and their aims. As an ardent forerunner of feminism, he put forward a brilliant reading of Islam that he embraced himself. He vehemently fought for the evolution of the Tunisian society at the beginning of the 20th century. His most famous book, “Notre femme dans la législation islamique et la société”, which was published in 1930 and from which some excerpts have been equally reproduced, constitutes a turning point in Tunisian society’s perception of women and of their situation, at the time. The publication of this book had incurred hostile attacks against Haddad and rejection by the conservative circle of the Zitouna Religious University. Although he was supported by a progressivist minority, he was secluded and defamed due to his revolutionizing ideas until his death in exile. The intense and hostile reaction against his book never seemed to abate, as it has persisted for more than 80 years after his death. In May 2012, during the political turmoil in Tunisia, the media announced that his grave was desecrated.