Side event: Toward the adoption of a declaration on the rights of peasants 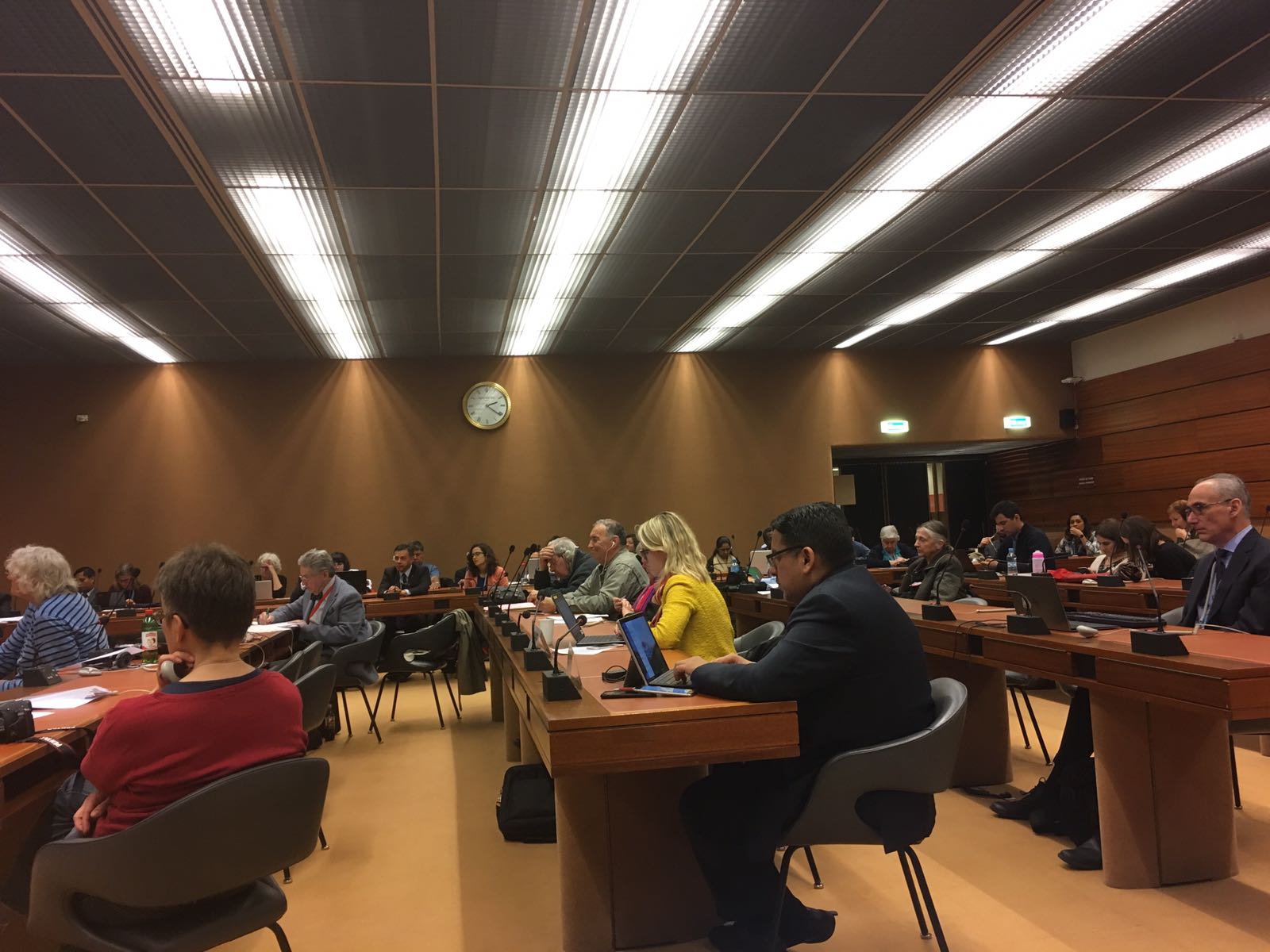 The side-event entitled ‘Towards the adoption of a declaration on the rights of peasants and others working in rural areas: how to make the added value of this crucial tool visible to all?’ was held in April 2018, in parallel with the negotiations of the fifth session of the Working Group on the Rights of Peasants and Other People Working in Rural Areas.

For the panellists, one observation was obvious: the rights of peasants are violated on a daily basis. Geneviève Savigny, member of the Confédération paysanne (French agricultural union) and representative of the European Coordination Via Campesina, even went so far as to say that being a farmer is now a struggle. Indeed, for her, the notion of peasant is perceived as derogatory. Devalued, the profession is more and more neglected by young people because of the difficulties it presents and the low income.

Speaking of urgency is in no way excessive. Peasant communities are constantly subjected to displacement, persecution, murder and imprisonment (especially women). Jorge Valera, representative of the World Fishermen’s Forum, was outraged that the big multinationals are taking over the land and oceans. Large companies use unsustainable fishing methods, destroying the seas and fish, as they gradually bring their areas of activity closer to the shores, which displaces small fishermen. Moreover, for George Fernandez, the monocultures established by these multinationals lead to the use of pesticides and the contamination of land, while harming local production systems.

The representative of Via Campesina West and Central Africa, Mr Ndiakhate Fall, said that the Declaration raised great hopes for the African continent. African farmers face multiple violations of their human, civil and political rights, as well as numerous expropriations and losses of biodiversity and seeds. This tool will thus make it possible to compile all the rights into a single instrument, while reinforcing the fact that farmers are essential for our future.

During the discussions that followed these presentations, the delegations of Ecuador, Bolivia and Switzerland reaffirmed their support for the declaration.