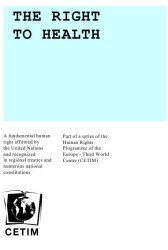 The right to health

At first glance, it might seem misplaced to speak of health as a right when ever increasing segments of the world’s population are witnessing a steady degradation in the state of their health, to the point where their very existence is threatened …

At first glance, it might seem misplaced to speak of health as a right when ever increasing segments of the world’s population are witnessing a steady degradation in the state of their health, to the point where their very existence is threatened.

Further, most of the world’s disease – like most of its death – results from the non-satisfaction of basic needs, the lack of, and/or non-access to, sanitation, potable water and food being surely the greatest and most pressing. The development of public health in the nineteenth century in Europe and the United States shows that the most significant interventions for the improvement of the health of populations do not involve health services per se. Rather, the realization of the right to health is dependent on the realization of economic, social and cultural rights: food; housing; hygiene; proper work condi­tions; the exercise of various freedoms, in particular those associated with trade unions; etc. It is also directly related to peace and security.

In other words, the preservation and promotion of health imply more than just access to medical care and medicines.The iniquitous international order responsible for widespread inequalities and poverty prevents the realization of the right to health.

However, some thirty years ago already, the international community seemed to have become aware of this situation and of the importance of inter­national cooperation if it were to be rectified, and it declared: “The existing gross inequality in the health status of the people particularly between de­veloped and developing countries as well as within countries is politically, so­cially and economically unacceptable and is, therefore, of common concern to all countries.”
Today, the situation is dramatically worse. It is indisputable that the recognition of the right to health, such as it is expressed in international instru­ments, is not enough for its realization The affirmation of health as a human right and the definition of its relation to other human rights are essential to cla­rify the obligations of those variously involved in its realization. 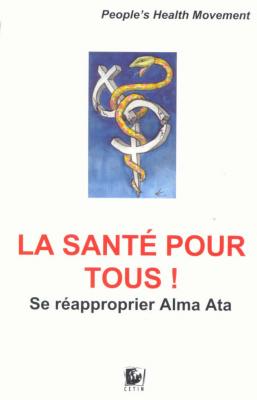 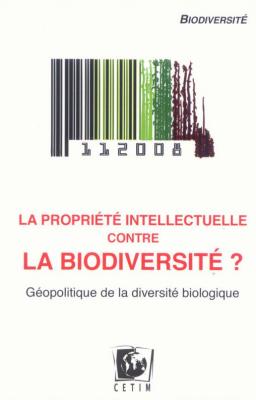 In the June 2020 newsletter: an article entitled “Human Rights in the Context of the Covid-19 Pandemic”. It is followed by an article on the decision of the Human Rights Committee which recognized Colombia’s responsibility in the assassination of a trade unionist. Next, you will find a summary of the statements made by the CETIM during the 43rd session of the CodH, an article on Swiss foreign policy in the alder of the declaration on the rights of peasants.