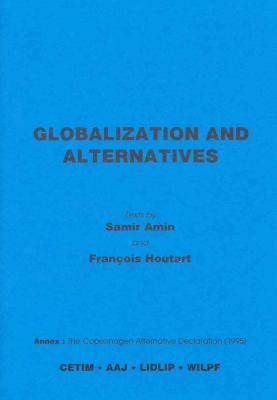 The construction of a unipolar world by the triad, the United States, Japan and Europe, is th unilateral imposition by the dominant capital of transnationals and the deployment of the American military empire to which all nations would be constrained to submit. The hegemonic strategy of the United States and its NATO allies is today the prinicple adversary of social progress, of democracy and peace in the world.
This vision of a unpolar world must be opposed by a multipolar one, the only strategy that permits social development acceptable for the different regions of the world, and also permits the democratization of societies and the reduction of causes of conlficts.
Samir AMIN

Is it obviously too soon to make a synthesis of the alternative propositions in the realm of thought as well as that of practice. The market is omnipresent. However, in the face of the neo-liberal option, two alternative streams present themselves today: the neo-keynesianism and post-capitalism. Both formulate a theory, construct an ethic, nourish the resistance and propose concrete steps.
François HOUTART

CETIM, a research and publication centre, was founded in 1970 out of a desire for action for a fairer world.
Read the special bulletin 50 years of CETIM