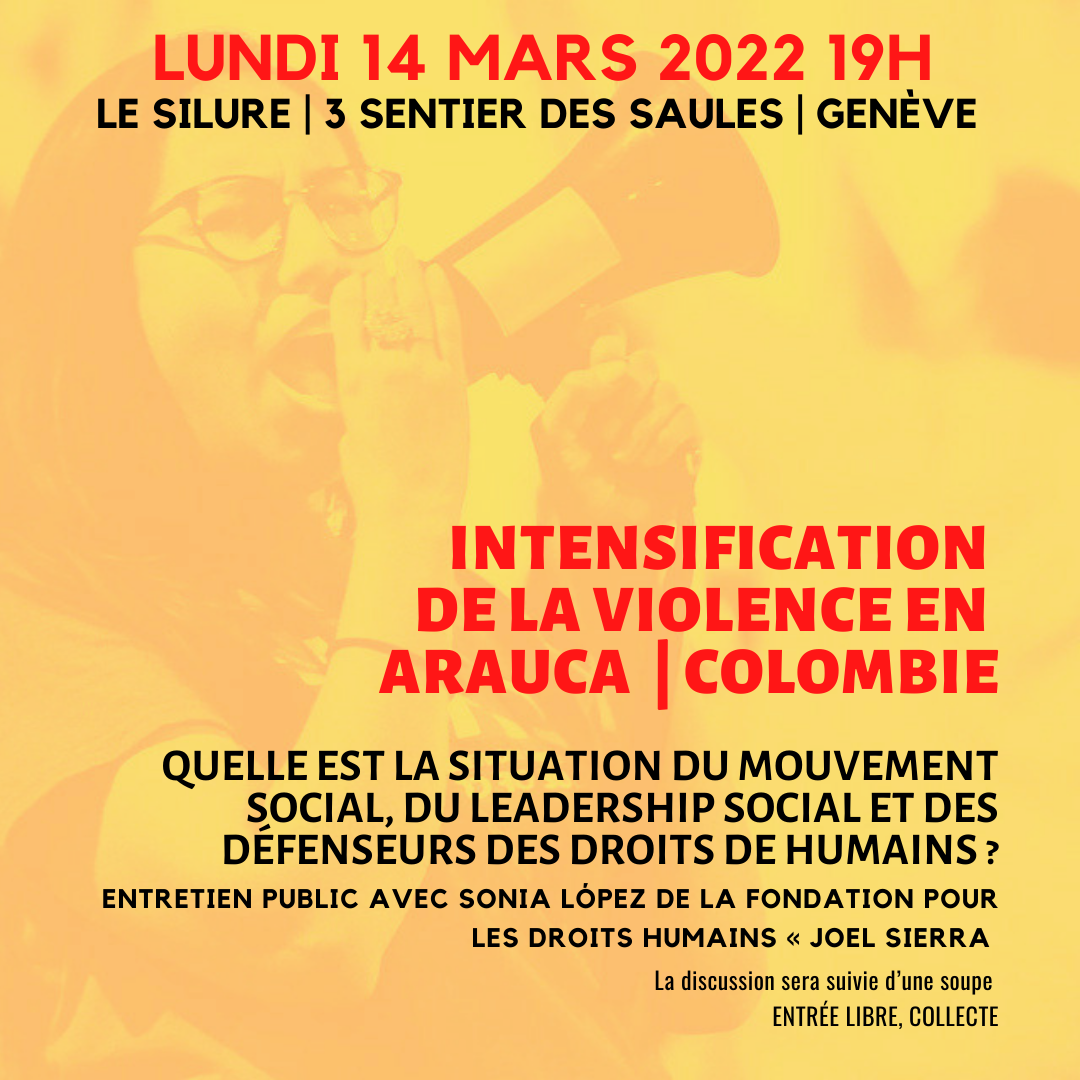 Intensification of violence in the department of Arauca (Colombia): what is the situation of the social movement and of human rights defenders?
A public conference with Sonia López from the Joel Sierra Human Rights Foundation to be held

Since the end of 2021, the confrontations between the state and the guerrillas in Arauca and in the regions bordering Venezuela have intensified considerably, as have the judicial persecutions and the violence against the social movements and their leaders. In addition to stigmatisation and judicial persecution by the state, social movements are facing an increase in threats, assassinations and attacks, such as the car bombing on 19 January 2022 against the headquarters of several social organisations in Saravena, Arauca. In this attack, one person was killed, several were injured and the building was destroyed.

To denounce these attacks and call for solidarity, Sonia López, President of the Joel Sierra Human Rights Foundation, will give a public lecture in Geneva. The Joel Sierra Human Rights Foundation was founded in Arauca in 1996. It denounces human rights violations, advises and accompanies victims and social organisations, promotes processes of training communities to defend their rights, develops dialogue with government institutions and provides psychosocial support for victims.

The discussion will be followed by soup.

In the meantime, watch two short videos in Spanish on current events in Arauca:
Interview with José Murillo in Arauca following the attack in Saravena 19 January 2022

Sonia Lopez on the attack in Saravena, Colombia, 19 January 2022