Collapse of the Brumadinho dam: another crime on the account of multinational corporations 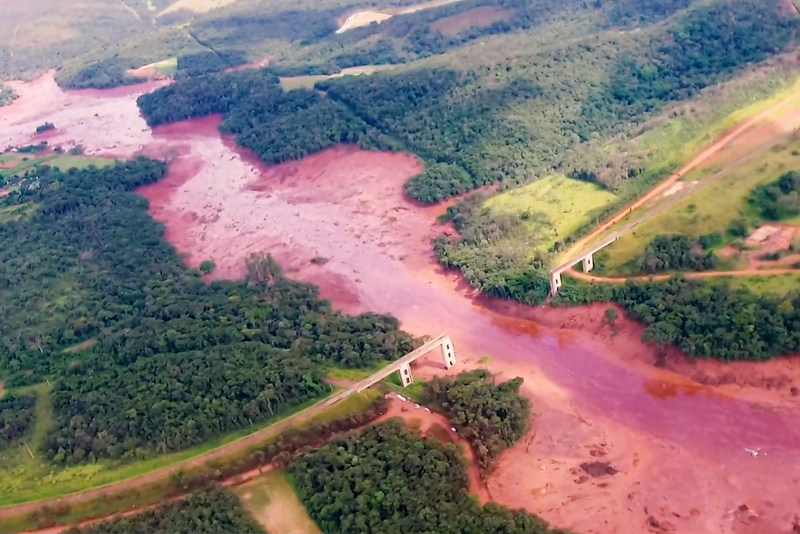 On 25 January 2019, a new environmental crime occurred: the collapse of the Brumadinho dam, located in the state of Minas Gerais, owned by the multinational corporation VALE. More than 300 people died. Most of them were company employees who were eating in the canteen, the first building affected by the collapse.

This disaster has serious environmental consequences: the mud that was released was full of ore residue. The mud reached the Sao Francisco River, the 2nd longest River in Brazil, on which 14 million people depend. The tests revealed an alarming rate of metal traces (iron and aluminum in particular) in the water and the fish, a main source of food for the local population.

VALE is a multinational company headquartered in Brazil and Switzerland. Its headquarters in Switzerland (Saint-Prex, Canton of Vaud) are mainly used for tax optimisation. In fact, VALE benefits from tax exemption in Switzerland which allows it to deduct more than two thirds of tax profits from the countries where the gains are obtained.

VALE is directly responsible for the poor maintenance of its dams and should be held liable for all criminal consequences that followed the collapse. A German company (TÜV SÜD) carried out a periodic review in 2018 showing that the Brumadinho dam had drainage problems. An engineer from this company assured that TÜV SÜD would have only signed the technical report if VALE had effectively implemented the recommendations, but he ended up signing the declaration of stability because of the pressure exerted by the multinational corporation. This information proves that the company knew that there were risks. In addition, e-mails exchanged two days before the dam collapse showed that VALE was aware that some sensors were defective.

First-hand accounts show that VALE’s mining activities cause environmental damage, do not offer good working conditions and provide no advantage for the host country. VALE, one of the largest multinational ore companies, follows the commercial logic which characterizes the international activities of these economic giants: privatization of profits and socialization of damages.

Finally, this crime demonstrates once again the need to develop a legally binding document, an international treaty, to regulate the activities of multinational corporations, which will allow to sue these companies when involved in human rights violations.

It is a practical solution to end impunity and ensure victims’ access to justice.

The affected communities of Brumadinho in Geneva

Following yet another crime, CETIM welcomed two representatives of the affected communities of Brumadinho, Movimento dos Atingidos por Barragems, MAB (the Movement of People Affected by Dams), to Geneva. With the support of CETIM, MAB was able to denounce this crime to the UN mechanisms, whilst demanding access to justice for the victims.