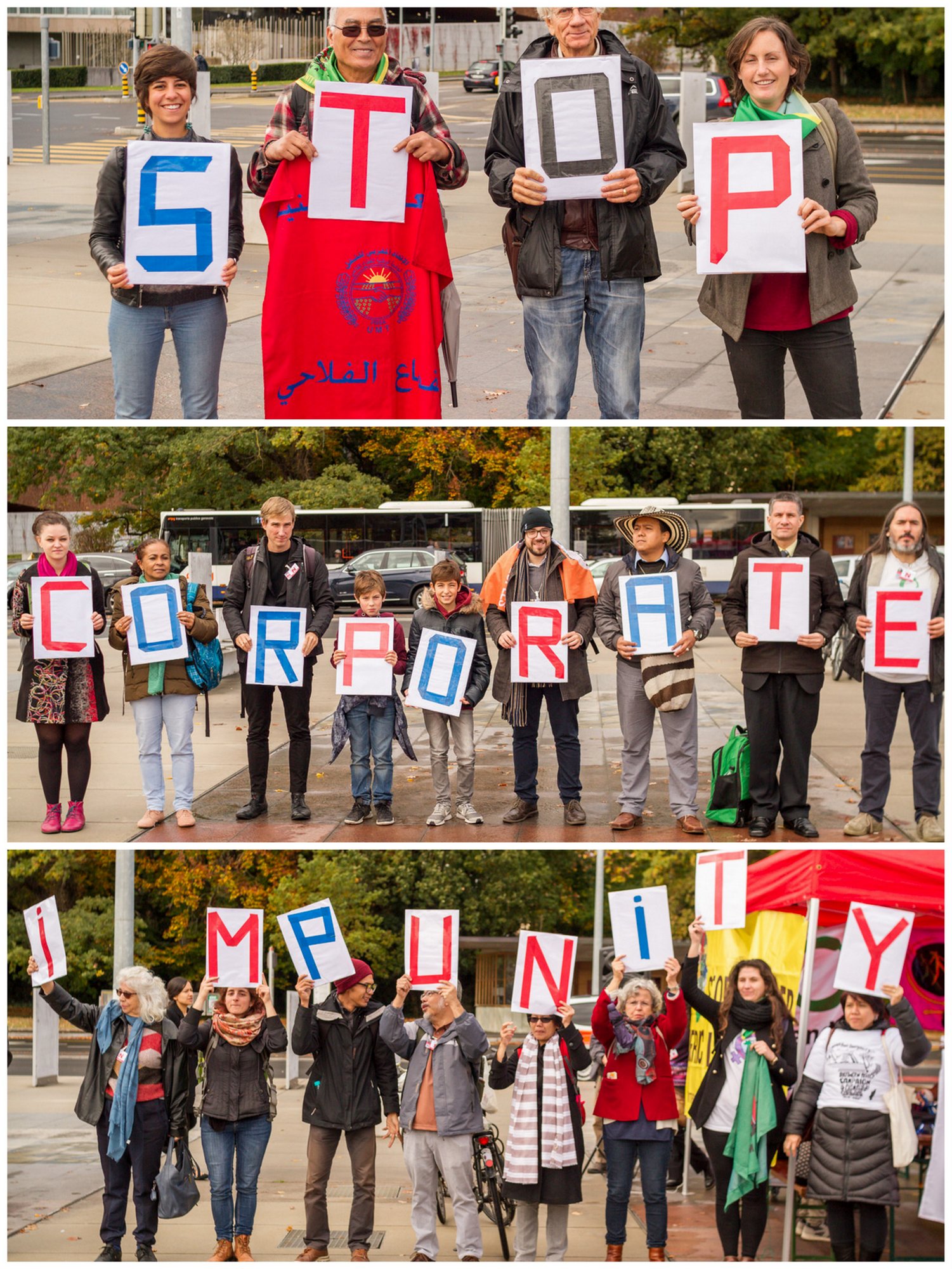 Le Courrier interviewed Melik Özden regarding the progress of the Human Rights Council’s working group on a legally binding treaty on transnational corporations. The conversation between Bénito Perez the CETIM’s director appeared in the 3 November 2017 edition of the Geneva daily.

The CETIM is one of the non-governmental organizations at the origin of the United Nations treaty on the respect of human rights by transnational corporations (TNCs). What conclusions can you draw from this third sesssion of the Working Group?

Melik Özden: Rather positive. The Working Group studied and discussed the document presented by its Ecuadorean chair (see Le Courrier, 20 October). This listed the elements – responsibility of the home States and host State, civil and criminal responsibility of TNCs and their managers, direct obligations of TNCs, an international court, cooperation among states etc. – that should figure in the future treaty. In keeping with the working group mandate, Ecuador must come back next year [for the fourth session of the Working Group] with a formal draft of the treaty.

Have any elements contained in the Ecuadorian document been particularly contested?

Not really. The European Union’s opposition was general and overwhelming. It attacked the very principle of the treaty. The representative of the European Commission caused systematic obstruction, behaving very aggressively, breaching usual diplomatic protocol in the discussion. The E.U. did not hesitate to launch rumors, claiming that this session of the Working Group would be the last. To counter them, Ecuador had to request that the United Nations secretariat send somebody to speak to the delegates and explain that the Working Group’s mandate was firmly established by the 2014 vote of the Human Rights Commission and that its budget and the drafting of the treaty are guaranteed by the United Nations General Assembly.

Besides the EU, what was the general tendency?

We noticed an increasing interest. Some 50 or 60 countries participated in the 2015 Working Group session, while this year there were more than a hundred. This was a first for a United Nations working group! It was impressive to see the Human Rights Council conference room full, with a further 200 civil society representatives. Even the United States, which had boycotted the previous sessions, came by for the last day, demanding an end to the whole process… There is a clear cleavage between, on the one hand, the United States and Europe, home to 80% of TNC headquarters, and the countries of the Global South, which are mostly their victims. Of course, some of these countries are vulnerable to blackmail and pressure of other sorts. We are thus fighting to consolidate a political alliance around the draft.

Did you find the mobilization of civil society satisfactory?

We are seeing an ever greater participation by trade-unions, which is very important in this context. This year, we also co-organized a very successful meeting with members of parliaments, with a network of some 200 elected officials from 20 countries! In France, 245 members of parliament have written to President Emmanuel Macron to ask him to support the process. The front is widening and strengthening. The fact that civil society [the Global Campaign to Dismantle Corporate Power and Stop Impunity] was able to present its own draft treaty gave us credibility. It was a real collective success and an extremely important document, a source of precious information and proposals. We also demonstrated that we are capable of occupying the ground at the United Nations. We organized several side events. Besides the presentation of our draft treaty, we were able to give the floor to TNC victims within the Palace of the Nations, before the Working Group.

What was Switzerland’s attitude throughout the week?

Its representative declared that he is against the process, but he demonstrated considerably more restraint than the European Union’s representative. After the declaration of principle at the beginning of the session, he followed the discussion but did not intervene again.

Of course not. At the United Nations, such projects proceed very slowly: we have only five working days per year to draft the treaty! Afterward, it will depend on the political will of the member states. I think that four or five years from now, we could have a treaty. We have to count on at least three readings of the text, like in a parliament. Then, there will still remain the challenge of getting it ratified by the greatest number of countries. And for that, we are going to have see civil society ratchet up another notch its mobilization.