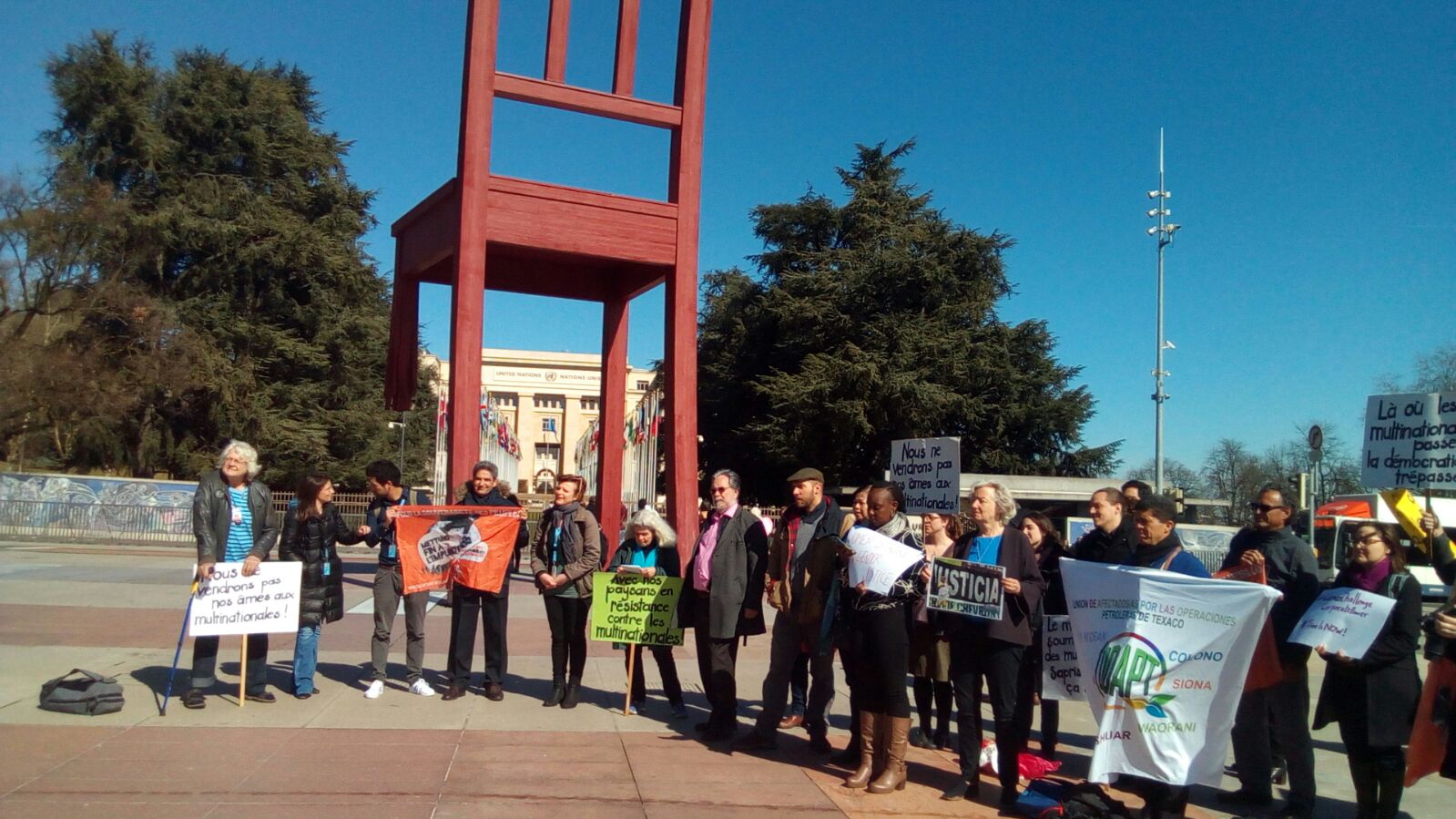 Ecuador presented the report of the third session of the Intergovernmental Working Group on a legally binding instrument on transnational corporations to the plenary of the Human Rights Council in March 2018. On this occasion, the CETIM made a statement and co-organized a parallel conference entitled ‘Reflections on the United Nations Binding Treaty on Transnational Corporations in the Area of Human Rights’.

Last March, all the member states that addressed the plenary of the Human Rights Council spoke out in favour of a binding treaty on transnational corporations (TNCs).

In its statement, the CETIM emphasized that the Global Campaign has presented its own proposal for a draft treaty that reflects the proposals of social movements and communities affected by TNCs. This document serves as a basis for discussion and may be useful as a platform for negotiation. The international justice system is inadeaquate when the perpetrator of a crime is a corporation and the persons affected are indigenous people or poor peasants. Legal certainty is guaranteed only for companies and financial capital. Yet indigenous people, peasants and workers also have rights, and we must guarantee them the same legal security.

That is why, through its declaration, the CETIM called on states and governments throughout the world to contribute positively and constructively to the process until the entry into force of a binding treaty that will guarantee legal security and access to justice for all people.

At the parallel conference, Walter Schuldt of Ecuador’s diplomatic mission, which chairs the Working Group, stressed the need to find solutions for victims of TNC human rights violations. He reiterated his country’s commitment to the process and announced the holding of the fourth session of the Working Group for October 2018, at which a first draft of the future treaty will be presented for negotiation.

Various speakers testified to the violation of workers’ rights in their countries and recalled that the immense value chains of TNCs are synonymous with TNC control over the lives of millions, even hundreds of millions, of workers.

Melik Özden, who moderated this conference, concluded by recalling the forces at work against the process, citing the EU and its attempts to obstruct the third session of the Working Group. However, other states strongly support this initiative and, building on the proposals made by the Global Campaign, will be able to draft a future treaty to meet the challenges.