The CETIM, the voice of the oppressed and of victims 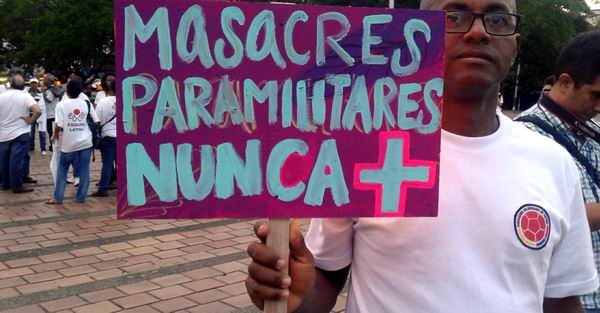 In March 2017, the thirty-fourth session of the Human Rights council took place in Geneva. The CETIM was present to represent the voices of oppressed people and victims of transnational corporations.

In the course of the session, the CETIM intervened during the presentation of the report of the Special Rapporteur on Human Rights and the Environment, who had returned from a trip to Madagascar. For several years, the CETIM has been following closely the situation regarding violence in this country. The CETIM has observed that there is a very real link between the violence visited upon the population and the pillage of its natural resources, thus, of the environment. In this regard, it has exhorted that these practices, illegal under international human rights instruments, be ended, and reiterated its request to the Special Rapporteur on Extrajudicial, Summary or Arbitrary Executions to visit the country and investigate these violations. The CETIM’s intervention created a considerable media stir, both in Madagascar and in France. It was a stir that could contribute to increasing pressure so that the human rights of the Malagasy population are respected.

At the beginning of the year, the CETIM was contacted by a Chadian trade union, the Union des Syndicats du Tchad (UST), regarding the serious situation to which the country’s civil servants are subjected, for their union rights are daily violated. The CETIM has requested that the Chadian government honor its international human rights and workers rights commitments, especially basic trade union rights such as the right to strike, the right to collective bargaining and the right to a decent wage.

Each year, at the March session of the Human Rights Council, the Office of the High Commissioner presents the annual report on Colombia. The CETIM, in its statement made during the plenary, declared itself both surprised and preoccupied by the way the annual report omits any mention of the country’s paramilitary. If, on the one hand, the guerrilla movements (especially the FARC) are being dismantled (as decided in the peace accords), paramilitary groups continue to carry on with total impunity. Further, they are increasing their power and scope of action by infesting the territories abandoned by the FARC. Given this situation, the CETIM has exhorted Colombia to protect the social leaders and to rapidly dismantle the paramilitary groups. Finally, the CETIM requested that the United Nations observers remain in the field in order to continue their work of observing and accompanying along the road to stability and peace in the country.