Advocating for a new UN mechanism on peasants’ rights

The 11th of March 2022, Zainal Arifin Fuat, member of the International Coordination Committee (ICC) of La Via Campesina and Serikat Petani Indonesia (SPI), intervened in the interactive dialogue with the Special Rapporteur on the right to food, Mr. Michael Fahkri. Making use of the consultative statuts of CETIM, he addressed the plenary of the HRC commending the report of the Special Rapporteur for highlighting the importance of the UNDROP and the role of rural women. 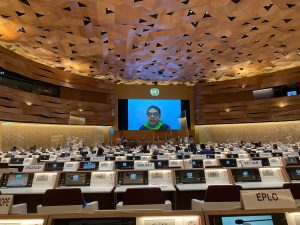 Zainal echoed the recommendations made by Special Rapporteur Fakhri to base the national seed systems on the International Treaty on Plant Genetic Resources for Food (ITPGRFA), the Convention on the Elimination of Discrimination against Women (CEDAW), the United Nations Declaration on the Rights of Indigenous Peoples (UNDRIP) and the UNDROP. These recommendations are key to oppose the privatization of seeds and all forms of appropriation of life, thus promoting the respect of key articles of the UNDROP as article 19 (right to seed) and article 20 (right to biodiversity). He also called upon the Special Rapporteur to continue its work on the promotion of the rights to seeds and urged UN Member States to foster the promotion and the implementation of the UNDROP.

The 22nd of March 2022, two weeks after this interactive dialogue on the right to food and seeds, Morgan Ody, General Coordinator of La Via Campesina and member of La Confédération Paysanne, addressed the plenary of the HRC in the framework of a debate on the UN mechanisms and bodies. Speaking on behalf of CETIM and FIAN International, she recalled that peasant movements are developing strategies and efforts to implement the UNDROP at all levels. Such efforts include fitting UNDROP in the agenda of work of existing UN mechanisms and bodies. Moreover, she highlighted that La Via Campesina calls on the Human Rights Council to create a new special procedure to monitor the implementation of the UNDROP. Morgan’s intervention was timely, as it allowed to replace the UNDROP and the need to promote it at the international level at the center of the UN space and agenda. 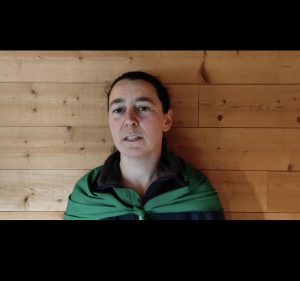 Indeed, it is worth recalling that after the adoption of the UNDROP in 2018, La Via Campesina, CETIM and FIAN International began to work in favor its implementation and mainstreaming within UN bodies and institutions. The main goal of this being the creation of a follow-up mechanism on the rights of peasants within the Human Rights Council. This monitoring mechanism will be a crucial to support the implementation of the UNDROP at all levels.

Once achieved, the follow-up mechanism will have different functions as follows:

In light of the above, La Via Campesina and its allies will continue to be proactive in this new stage of the peasants’ rights process to ensure that the good conditions for the creation of this future instrument exist. The promotion of the UNDROP remains a main priority. This is all the more true at a time of multiple crisis that affect our societies, and in particular the most vulnerable in the rural areas. The UNDROP can play a key role in the way out of the current political and economic crisis, environmental degradation and social and cultural disarray, as a new social justice contract for the benefit of all.

“Seeds, right to life, and farmers rights”, Report of the UN Special Rapporteur on the right to food, March 2022

CETIM training sheets on the UNDROP

CETIM’s book on the UNDROP “The UNDROP. A tool of struggle for a common future” (free access in English):