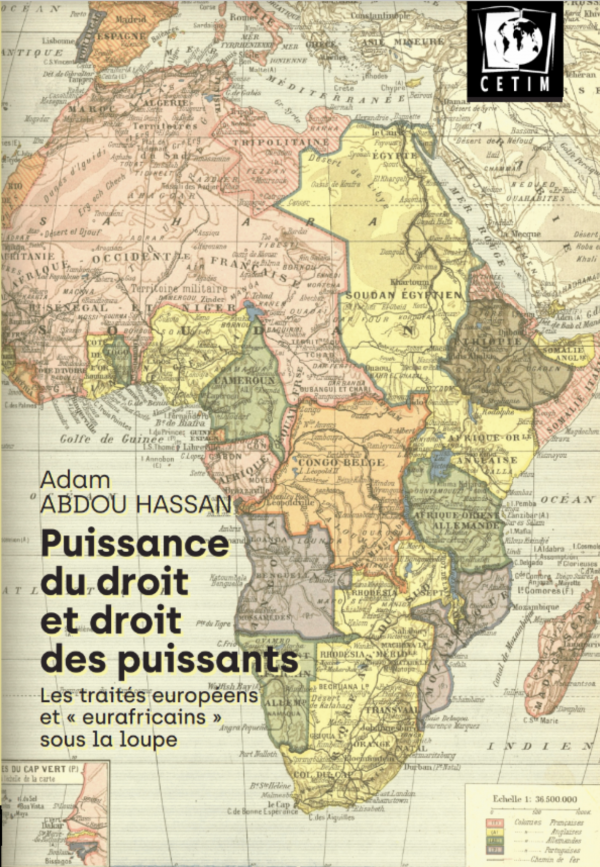 Adam Abdou Hassan’s book tackles the relationship between Europe and Africa by providing a legal analysis on the multiple treaties signed. First, between the colonialist European states; and, second, between the European Community/Union and the group of countries known as the ACP countries (Africa, Caribbean and Pacific states).

The twenty-first century was characterised by the rise in inter-colonial competition between the great European powers over the control of African territories. The European colonial empires finally agreed on the freedom of trade and commercial enterprise in Africa by signing the General Act of the Conference of Berlin on 26 February 1885. With this agreement, the colonial powers divided Africa between them as if it was a cake, creating a large competition arena of trade and economics, fulling industrial momentum in several cities.

From the Treaty of Berlin to the Treaty of Rome, the Lomé convention and Cotonou Agreement, the ideal foundation of these agreements is the doctrine of unity between Europe and Africa, known as “Eurafrica”. In actual fact, the spirit and raison d’être of colonialism (which is based on the disregard and domination of another) rendered the application of the “grand philosophical design” null and void for the African people.

Videoconference: The power of law and the rights of the powerful